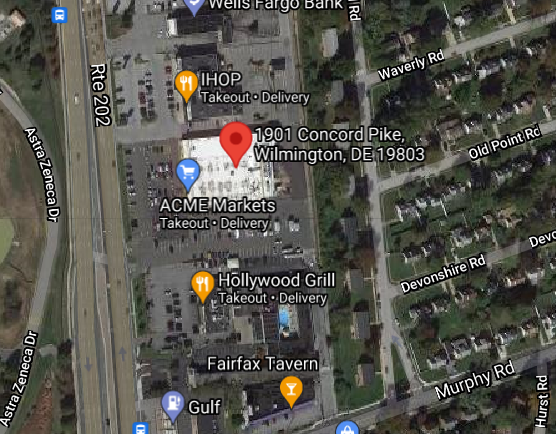 On Sunday, October 17, 2021, at approximately 3:15 p.m., troopers responded to the Acme located at 1901 Concord Pike, Wilmington, for a carjacking investigation. Troopers learned that a 27-year-old female victim was in the driver’s seat of her 2016 BMW 328 when a brown BMW X3 SUV pulled into an adjacent parking spot to her vehicle. Two suspects exited the brown SUV and approached the victim as she began to exit her car. One suspect confronted the victim and told her to give him the keys and not to scream. The victim observed the suspect tapping on his waistband and believed he was armed with a gun. A second suspect then approached the victim and also demanded the victim’s purse and keys. The victim complied and both suspects fled in the stolen BMW. The victim was not injured as a result of the incident.

The suspects were described as two black males approximately 20 years old both wearing all black clothing.

At approximately 3:50 p.m., troopers observed the stolen BMW 328 traveling with the brown SUV on North Market St, Wilmington. As troopers followed the stolen vehicle it split from the brown SUV and began driving erratically. Troopers initiated a traffic stop, but the operator refused to stop and fled. The BMW fled to the 2000 block of Pine Street, Wilmington, where the operator bailed from the vehicle. Troopers pursued the suspect on foot and apprehended him without further incident. The 16-year-old suspect wearing different clothing then described, was located in possession of the stolen vehicle’s car keys and personal items of the victim.

Troopers also pursued the brown BMW X3 SUV after it was learned to be the stolen vehicle from a carjacking at Total Wine on Saturday, October 16, 2021.  The suspects avoided apprehension and the vehicle was later recovered in the area unoccupied.

The 16-year-old juvenile was transported back to Troop 2 and charged with the following crimes:

The 16-year-old suspect was arraigned in the New Castle Family Court and committed to the New Castle County Juvenile Detention Center on $5,100 secured bond.

Anyone with information regarding this incident is asked to contact Detective Dukes with Delaware State Police Troop 2 Criminal Investigative Unit by calling 302-365-8412.  Information may also be provided by calling Delaware Crime Stoppers at 1-800-TIP-3333 or via the internet at http://www.delaware.crimestoppersweb.com