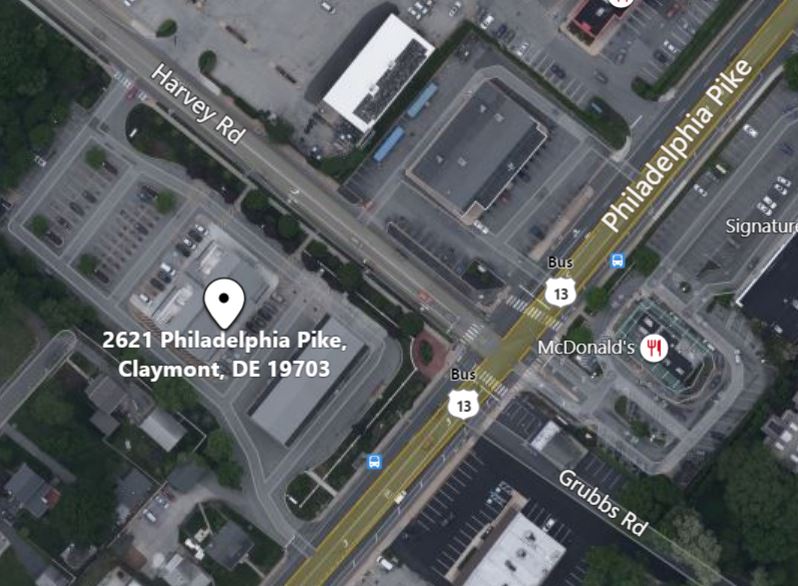 Claymont – The Delaware State Police have arrested a young teen after he was found operating a stolen motor vehicle.

The incident began around 6:00 a.m. on Friday, October 15, 2021, as a trooper was proactively patrolling the parking lot of the Wawa, located at 2621 Philadelphia Pike. Troopers have seen an increase in thefts of vehicles in the New Castle area and the majority of the thefts have been occurring at gas stations in which a vehicle was left unattended, idling, or unlocked with the keys left in the vehicle.

On this particular date and time, the trooper observed five juveniles wandering in the parking lot. When the trooper attempted to make contact with the group, two of the individuals began running around the back of the Wawa. The trooper gave chase on foot and saw one of the male juveniles enter a blue 2017 BMW X3. A pursuit was initiated and came to an end on Maple School Lane where a 14-year-old male operator was taken into custody. During the investigation it was determined the BMW was stolen by the 14-year-old earlier in the morning from a residence on Lovering Avenue in Wilmington. Three other juveniles in the BMW were initially detained, but later released to a parent or guardian without being charged.

State Police charged the 14-year-old driver from Wilmington with Theft of a Motor Vehicle (F) and Resisting Arrest (M). He was arraigned at JP11 and committed to the New Castle County Detention Center on $1,500.00 secured bond.

The second juvenile, who initially fled from troopers at the Wawa, was seen walking along Philadelphia Pike and Marsh Road and when troopers attempted to make contact with him again, he ran into the wooded area where he was taken into custody without further incident. This 14-year-old male from Wilmington was charged with Resisting Arrest (M) and released on $750.00 unsecured bond.

Some car thieves look for cars idling in parking lots. Once they see a car is left unattended, all they have to do is walk up and drive away. The thefts of vehicles can be prevented. Please make sure when you exit your vehicle, your doors are locked, you remove your keys, and you park in a conspicuous location.

Delaware law states; (Title 21, § 4182) Unattended motor vehicle. No person driving or in charge of a motor vehicle shall permit it to stand unattended without first stopping the engine, locking the ignition, removing the key and effectively setting the brake thereon and, when standing upon any grade, turning the front wheels to the curb or side of the highway. For a first offense, a fine of $25.00 – $75.00 can be imposed.

If you have any information regarding these cases, please contact Delaware State Police Troop 2 Criminal Investigations Unit by calling 302-365-8560. Information may also be provided by calling Delaware Crime Stoppers at 1-800-TIP-3333 or via the internet at http://delaware.crimestoppersweb.com.