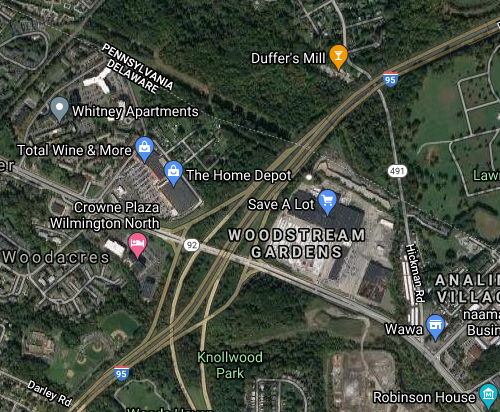 Claymont – Delaware State Police arrested four juveniles for firearm related charges after a pursuit from Pennsylvania ended in a collision in the area of I-95 southbound and Naamans Road.

On July 27, 2021 at approximately 3:02 p.m., Troopers responded to the area of I-95 southbound and Naamans Road, Claymont, in reference to a collision following a pursuit. The investigation revealed the stolen motor vehicle was involved in a pursuit with Eddystone Police Department (Pennsylvania). While the vehicle was eluding the police, a computer inquiry determined the vehicle was stolen from Delaware. The vehicle struck an Eddystone PD vehicle during the pursuit. Eddystone Police Department disengaged from the pursuit once the vehicle entered Delaware on I-95 southbound. The vehicle then crashed into another vehicle traveling southbound on I-95 in the area Naamans Road.

The juvenile males were arraigned by the Justice of the Peace Court #2, and committed to New Castle Detention Center on a $17,500 secured bond (each).