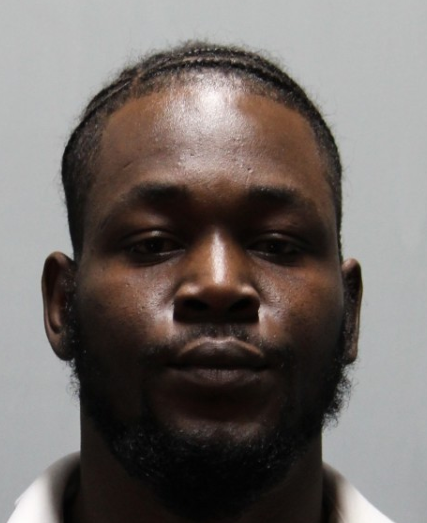 On April 27, 2021, at approximately 8:30 p.m., troopers responded to 30410 Seaford Road to investigate a hit and run accident. The investigation revealed a white Chevrolet Express work van was traveling northbound on Seaford Road when a green Ford Ranger pickup truck with a trailer attached traveling southbound crossed the center line and struck the van. After the collision occurred, the Ford Ranger failed to stop and continued traveling southbound on Seaford Road. The operator of the van was uninjured during the crash. As the trooper was still on scene, a witness contacted the trooper and provided additional information regarding the collision. Through the investigation, the suspect vehicle was observed by officers in Laurel being pushed by a black Chrysler Aspen on South Poplar Street, by West 7th Street, before the truck became stuck on the railroad tracks. A traffic stop was initiated on the vehicles, and Gerson Adaquin was observed operating the pickup truck that had significant damage and no headlights on. An odor of alcoholic beverage was detected emanating from Adaquin’s breath, and a DUI investigation ensued. Adaquin became very argumentative, refused to comply with commands, and resisted arrest with force when he was taken into custody. Adaquin began yelling and causing a disturbance, resulting in many residents in nearby homes coming outside to see what was going on. No officers were injured during this incident.

Adaquin was transported to Troop 5, where he refused to obey commands, continued to act disorderly, and became combative when his handcuffs were being removed. Adaquin was charged with the following crimes:

Adaquin was arraigned in the Justice of the Peace Court #3 and committed to Sussex Correctional Institution on a $2,080.00 secured bond.