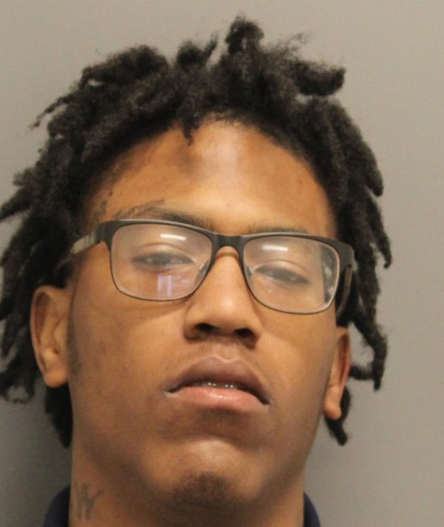 Dover- Delaware State Police arrested 23-year-old Diondre Williams of Wilmington on felony criminal charges after an investigation leads to his arrest for a shooting incident in March.

On March 26, 2021, at approximately 8:00 p.m., Delaware State Police responded to a shooting that occurred in the 200 block of Greenwich Drive, Dover. The 24-year-old male victim was seated in the passenger seat of a vehicle when a male subject approached the car and shot into the passenger side before the car fled the scene. The vehicle driver transported the male victim to a nearby hospital, where he was treated and released for a gunshot wound to his lower extremity. Through investigative measures, Diondre Williams was developed as a suspect in the investigation. A computer inquiry revealed Williams is a person prohibited from owning and possessing a firearm and ammunition.

On April 20, 2021, Williams was located during a traffic stop in New Castle County and taken into custody without incident. He was transported to Troop 3, where he was charged with the following crimes:

Williams was arraigned in the Justice of the Peace Court #7 and committed to Sussex Correctional Institution on a $181,000.00 secured bond.