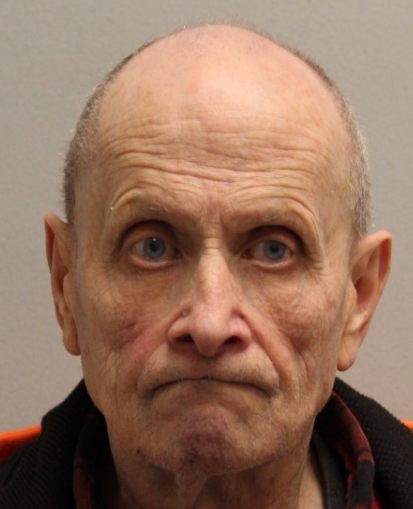 On April 5, 2021, at approximately 11:48 a.m.,  troopers responded to White Pine Drive for a reported assault. Upon arrival, troopers contacted the 77-year-old male victim. Through the investigation, it was discovered the victim was outside his residence feeding geese when his neighbor, Charles L. Harrigan, began yelling at him. Charles then approached the victim and physically assaulted him and a fight ensued.  Charles then picked up his weed eater and started to hit the victim with it. The victim sustained minor injuries from the altercation but refused medical treatment.

Harrigan was taken into custody without incident and transported to Troop 7 where he was charged with the following crime:

He was arraigned in the Justice of the Peace Court #2 and released on his own recognizance.