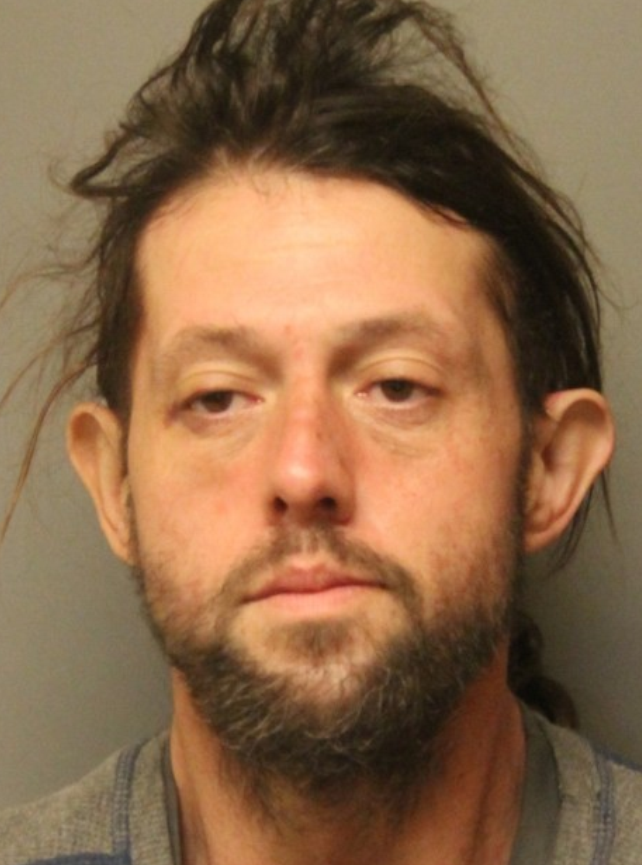 Newark – The Delaware State Police have arrested 38-year-old David Smith of Wilmington, in connection with the theft of a motor vehicle.

The incident occurred on February 24, 2021 at approximately 5:28 p.m., when troopers were dispatched to Harmony Plaza shopping center located at 4146 Ogletown Stanton Road, Newark, in reference to a stolen motor vehicle.  Upon arrival, troopers contacted a 31-year-old male who advised he pulled in front of the Tokyo Express restaurant to pick up food and left his vehicle running. Upon returning to his 2008 Buick Lucerne he observed it was missing. Through investigative means the stolen vehicle was located occupied in a parking lot on the 900 block of Franklin Street, Wilmington. Troopers initiated a car stop and took the operator, identified as David Smith and front seat passenger a 34-year-old male of New Castle, into custody without incident. Troopers performed a search incident to arrest of the vehicle and discovered multiple items of drug paraphernalia.

Smith was transported back to Troop 6 where he was processed and charged with Theft of a Motor Vehicle (Felony) and Possession of Drug Paraphernalia. Smith was arraigned before the Justice of the Peace Court #11 and committed to the Howard R. Young Correctional Institution on $700.00 secured bond.

The 34-year-old male suspect was released with a criminal summons for Possession of Drug Paraphernalia.