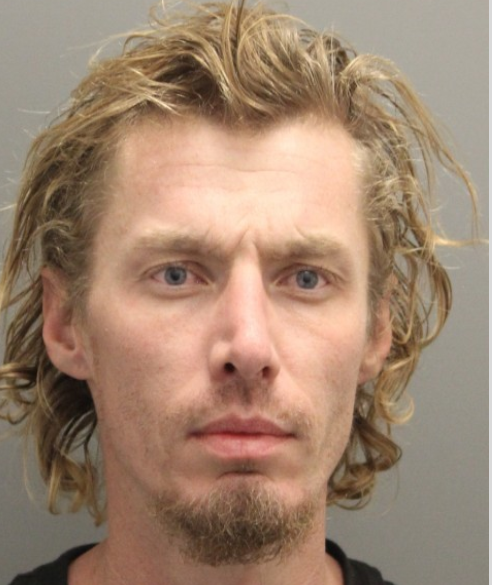 Greenwood- Delaware State Police arrested 37-year-old Jesse A. Nichols of Seaford after leading troopers on a pursuit in a vehicle that was stolen in a burglary.

On November 25, 2020, at approximately 3:33 p.m., a 59-year-old male responded to his relatives’ residence on Nine Foot Rood, Greenwood, to check on the home. Upon arrival to the dwelling, the front door was observed forced open and a light blue 2012 Nissan Versa missing from the residence. After discovering the vehicle was missing, the male contacted another family member on the telephone to inform them of the incident. As the family member was traveling on Milford Harrington Highway, they observed the stolen vehicle traveling eastbound on Milford Harrington Highway. 9-1-1 was called, and up to date locations of the car was provided to the dispatch center. As a trooper located the stolen vehicle, a traffic stop was initiated, but it failed to stop and subsequently crashed in the area of Deep Grass Lane and Thistlewood Road, Houston. The operator and sole occupant, later identified as Jesse Nichols, was taken into custody without incident. A search incident to arrest resulted in several pieces of stolen jewelry and property from the residence on Nine Foot Road located on Nichols and in plain view inside the vehicle.

Nichols was transported to Troop 3, where he was charged with the following crimes:

Nichols was arraigned in the Justice of the Peace Court #11 and committed to Sussex Correctional Institution on a $15,610.00 cash bond.