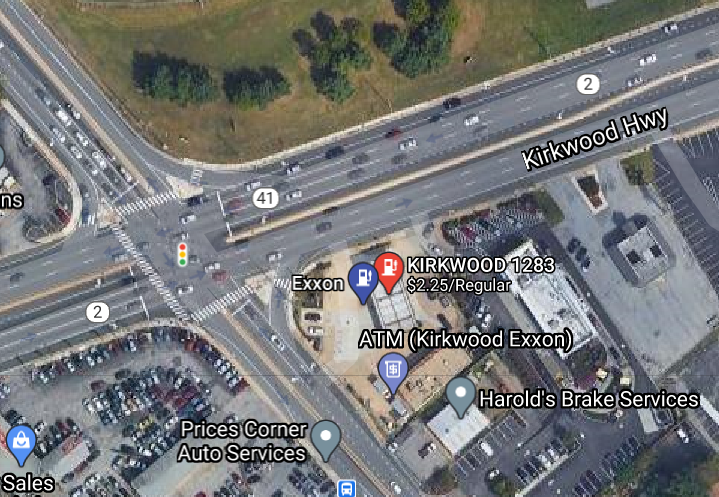 Wilmington- The Delaware State Police have arrested 26-year-old Blake Eldreth of Rising Sun, MD, after he stole a motor vehicle and crashed it shortly after.

The incident occurred on September 3, 2020 at approximately 1:57 a.m., when Troopers were dispatched to the Exxon gas station located at 2007 Newport Gap Pike, Wilmington, in reference to a stolen motor vehicle.  Upon arrival, Troopers met with a 28-year-old female victim who advised that her black Acura TL was stolen from the gas pump after she went inside of the store to pay. The victim left the doors unlocked and the keys in the ignition when she went inside the store. While inside of the store the victim observed her vehicle drive off at a high rate of speed onto Kirkwood Highway.

Approximately twenty minutes after the motor vehicle theft, Troopers responded to a single vehicle collision involving a black sedan in the area of Kirkwood Highway and Green Valley Circle. Witness reported a subject fled the vehicle and ran into the nearby woods. After Troopers confirmed the vehicle involved in the crash was the stolen vehicle they were looking for. A New Castle County Police K-9 unit responded and assisted Troopers with locating the suspect. Officers on scene were able to locate a male identified as Blake Eldreth hiding in the woods adjacent to the crash scene. Blake was taken into custody without incident.

Blake sustained injuries from the crash and was transported to a local area hospital for medical treatment.

An arrest warrant was obtained for Blake for Theft of a Motor Vehicle (Felony). Blake was also issued a traffic citation for Leaving the Scene of an Accident, Reckless Driving, Unreasonable Speed, and Failure to Report a Collision.

Blake will be arraigned before the Justice of the Peace Court upon his release from the hospital.