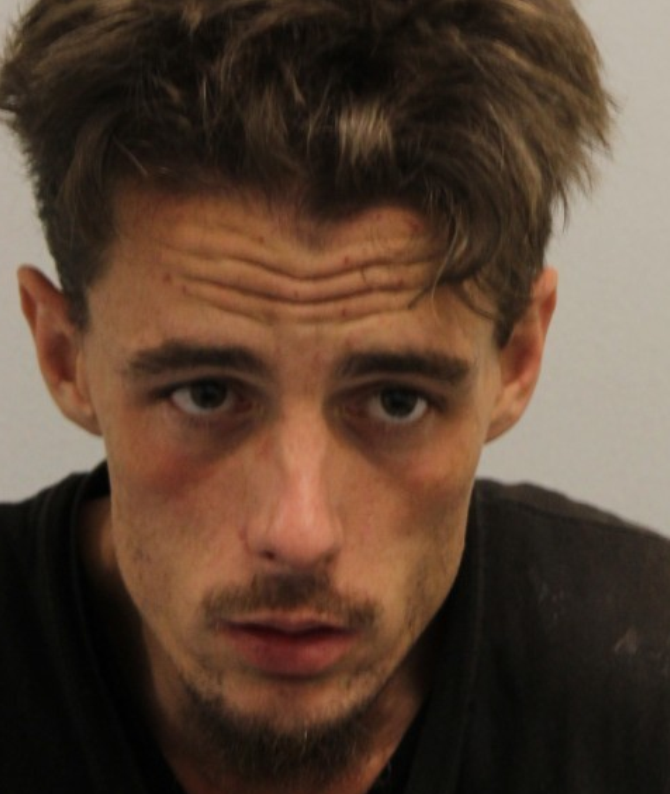 Lincoln- The Delaware State Police have arrested 32 year-old Zachary Mills of Houston, after he led them on a pursuit while driving on a stolen motorcycle.

The incident occurred on August 22, 2020 at approximately 1:19 p.m., when a Trooper observed a black motorcycle traveling eastbound on Greely Avenue on the wrong side of the roadway. Troopers followed the motorcycle and observed additional traffic violations before initiating a traffic stop on Greely Avenue. The operator of the motorcycle failed to stop and fled onto Clendaniel Pong Road at a high rate of speed. Troopers obtained the registration for the motorcycle and learned it was stolen out of Milford PD. As the operator continued to evade police, multiple traffic violations were being committed, including failure to signal, traveling above the posted speed limit, failing to stop at a stop sign and failing to maintain a single lane.

The motorcycle eventually came to a stop in the Cedar Village Mobile Home Park.  The driver, Zachary Mills was taken into custody without further incident. In addition a search incident to arrest lead to the discovery of drug paraphernalia on Mills.

Mills was transported back to Troop 7 where he was charged with the following:

Mills was arraigned before the Justice of the Peace Court and committed to the Sussex Correctional Institution on $5,600.00 cash bond.