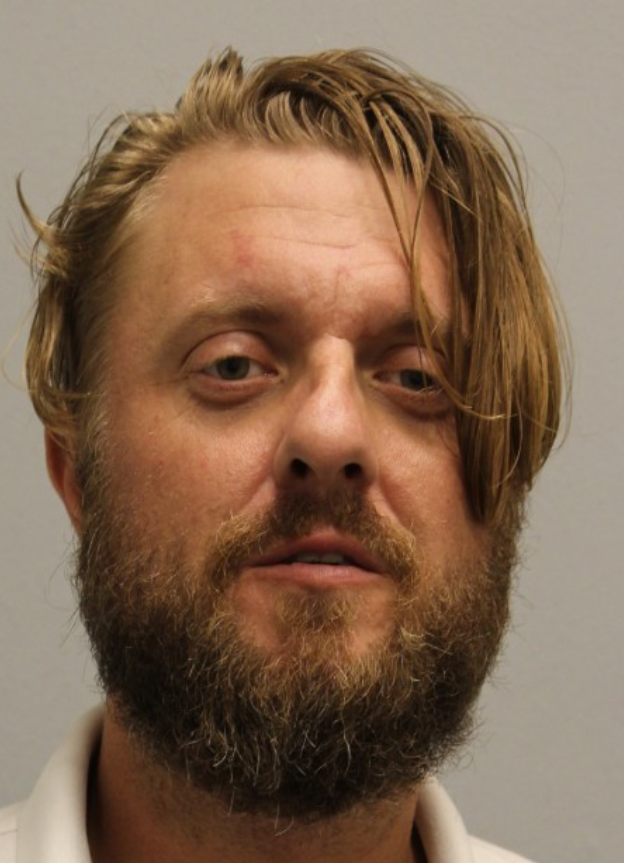 Rehoboth Beach – The Delaware State Police have arrested 40-year-old Charles Tackaberry of Ft. Lauderdale, FL after a welfare check led to the discovery of weapons and drugs.

On Wednesday, July 29, 2020, at approximately 7:30 a.m., Troopers were dispatched to the Starbucks located at 19446 Coastal Highway, Rehoboth Beach to check on the welfare of a subject. It was reported that a subject was operating a vehicle in the drive through that appeared to have a flat tire and a bicycle hanging off of the roof onto the side of the vehicle. It was also suspected that the operator was driving under the influence. Troopers located the suspect’s vehicle in the drive through and initiated a traffic stop in the parking lot. Troopers made contact with Tackaberry and immediately noticed he was concealing a large object underneath his shirt. Investigation determined Tackaberry was concealing a 10 inch fixed blade knife on his person and a machete inside of the vehicle. Troopers also observed Tackaberry had slurred speech, and DUI investigation ensued.

In addition a subsequent search of Tackaberry’s vehicle led to the discovery of approximately 3.02 grams of marijuana and multiple drug paraphernalia.

Tackaberry was taken into custody without incident and transported back to Troop 7 where he was charged with the following:

Tackaberry was arraigned before the Justice of the Peace Court and released on $1,400.00 unsecured bond.