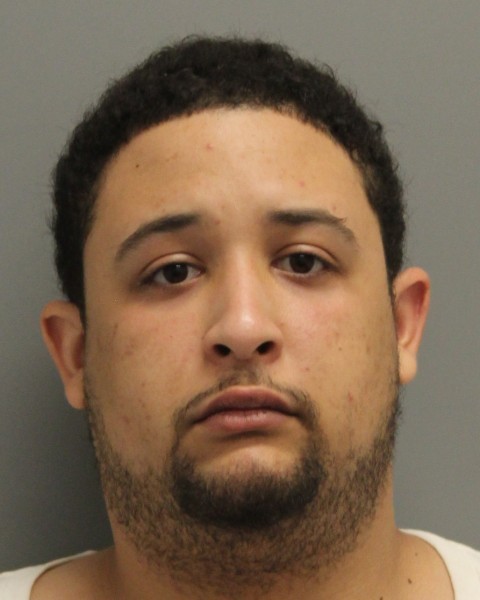 The incident occurred on July 8, 2020, at approximately 3:42 a.m., when Troopers were dispatched to the 100 block of Mast Circle, Dover, in reference to a shooting incident.  Upon arrival, it was discovered that a 28-year-old male victim was outside the residence when he had been shot at multiple times.  Further investigation revealed that Rodriguez and his 26-year-old girlfriend had engaged in a verbal argument.  The argument escalated when the girlfriend’s sister and her sister’s boyfriend attempted to intervene.  During this time Rodriguez verbally threatened the individuals with the use of a firearm.  The 28-year-old male proceeded to step outside when Rodriguez exited the residence and fired six rounds, striking the victim three times.

Rodriguez had fled the area on foot prior to police arrival. Later that afternoon, a search warrant was obtained for an apartment in Premier Village Apartments located on Billy Mitchell Lane, Dover.  The Delaware State Police Special Operations Response Team (SORT) located Rodriguez inside the apartment and took him into custody without incident.

Rodriguez was transported back to Troop 3 where he was charged with the following:

Rodriguez was arraigned before the Justice of the Peace Court and committed to the Howard R. Young Correctional Institution on $1062000.00 cash only bond.