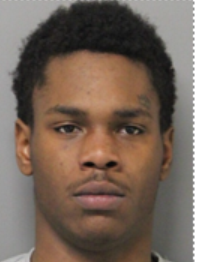 Bridgeville- The Delaware State Police have arrested 18 year-old Damaj Showell of Bridgeville, DE, on felony drug and related charges as a result of an incident that occurred on June 30, 2020.

The initial incident occurred on Tuesday, June 30, 2020, at approximately 11:09 a.m. on the 21000 block of Mill Park Dr., Bridgeville. Sussex Governor’s Task Force (GTF) officers observed Showell who was wanted on outstanding charges in the front passenger seat of a vehicle. Troopers attempted to initiate a traffic stop on the vehicle on King Road in the area of Dove Road, but the vehicle failed to stop. During the vehicle pursuit, Showell jumped out of the moving vehicle and ran into nearby woods and was unable to be located.

Showell turned himself in to Troop 5 and was charged with the following crimes:

Showell was arraigned before the Justice of the Peace Court and released on his own recognizance.