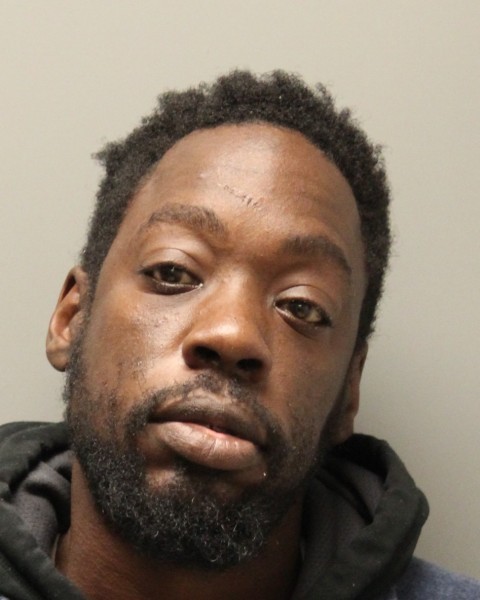 The incident occurred on June 21, 2020, at approximately 2:00 a.m., when two suspects utilized a brick to shatter the front glass door to the Family Dollar Store located at 2082 New Castle Ave., New Castle.  Upon entry, the suspects removed various items, including but not limited to cigarettes, consumable goods, and portable electronic accessories valued at approximately $500.  After obtaining the merchandise, the suspects fled the area.

Through investigative measures, Troopers identified one of the suspects as James Darden.  At approximately 8:00 a.m., this morning Darden was observed panhandling in front of the BP gas station on New Castle Ave.  He was taken into custody without incident and transported back to Troop 2 where he was charged with the following:

Darden was arraigned before the Justice of the Peace Court and released on $6500.00 unsecured bond.

This case continues to remain under investigation for the second suspect.  Anyone with information in reference to this incident is asked to contact Troop 2, Corporal Kirchenbauer at 302-834-2620. Information may also be provided by calling Delaware crime stoppers at 1-800-TIP-3333 or via the internet at http://www.delaware.crimestoppersweb.com