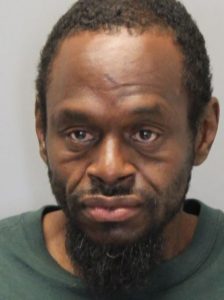 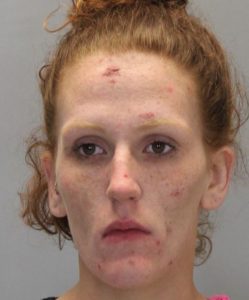 Delaware City- The Delaware State Police arrested 46-year-old Jarvis E. Sturgis of Wilmington and 25-year-old, Paige A. Patterson of Newark after a traffic stop leads to the recovery of stolen property, locating a wanted subject, and other charges.

The incident occurred on Friday, May 29, 2020, at approximately 9:16 a.m. A Trooper on routine patrol traveling northbound on South DuPont Highway (SR 13) at Wrangle Hill Rd (SR 72), observed a gray Hyundai Sonata traveling in the right lane of travel abruptly change lanes and nearly caused an accident.   The trooper initiated a vehicle stop and observed metal poles sticking approximately 4 feet out of the rear right passenger window. The trooper contacted the operator of the vehicle, later identified as Sturgis and passenger of the vehicle, Patterson. Upon asking for identification from the subjects, Patterson provided a fictitious name to the trooper. Through investigative means, it was discovered the metal poles were stolen. A search of the vehicle incident to arrest yielded two-cylinder glass smoking devices identified as drug paraphernalia and two loose circular pills identified as the controlled substance, Buprenorphine.

Sturgis was taken into custody and transported to Troop 2 where he was charged with the following crimes:

He was arraigned by Justice of the Peace Court and released on his own recognizance.

Patterson was taken into custody and transported to Troop 2 where she was charged with the following crimes:

Patterson was arraigned in the Justice of the Peace Court and was committed to Delores J. Baylor Women’s Correctional Institution on a $6,000.00 secured bond.