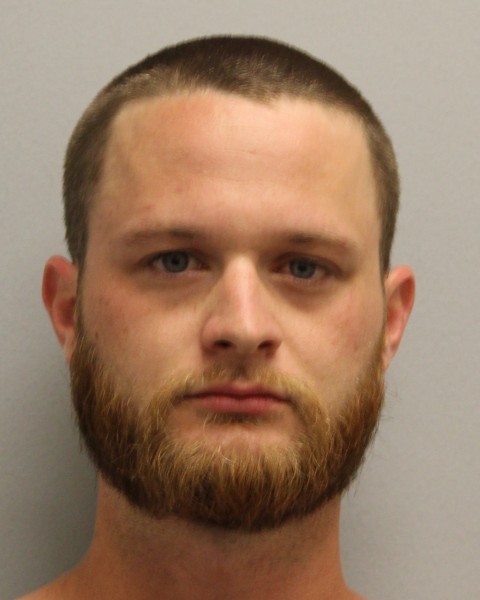 Rehoboth Beach– The Delaware State Police have arrested 26-year-old JAROD C. CARTER of Smyrna, after a domestic incident led to the discovery of firearm and marijuana.

The incident occurred on May 30, 2020 at approximately 10:43 p.m., when Troopers were dispatched to a residence in the 19000 block of Sea Air Ave., Rehoboth Beach, for a report of a domestic.  Prior to police arriving at the residence, they were informed that the suspect, Jarod Carter had fled the residence in his blue Chevrolet Silverado.  The vehicle was observed traveling northbound on Coastal Highway.  A traffic stop was initiated and contact was made with the driver, Jarod Carter, when an odor of alcohol was detected.  Also present in the vehicle were Carter’s two children, ages 2 and 4.  A search of Carter’s vehicle led to the discovery of a loaded 9mm Smith and Wesson,  .078 grams of marijuana and drug paraphernalia.

In reference to the domestic complaint, it was learned that Carter engaged in an argument with his 22-year-old girlified.  Carter proceeded to push and shove the victim several times before fleeing the residence.  The victim did not sustain injury as a result of this incident.

Carter was taken into custody without incident and transported back to Troop 7 where he was charged with the following:

Carter was arraigned before the Justice of the Peace Court and committed to the Sussex Correctional Institution on $10001.00 secured bond.