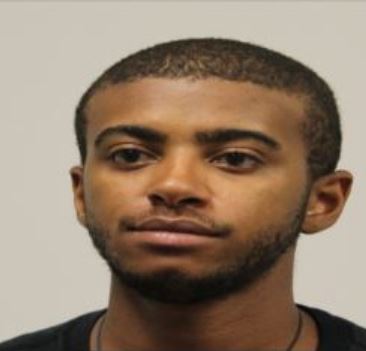 Wilmington- Troopers have arrested a commercial burglary suspect after fleeing the scene of a burglary he just committed.

Since the end of March, Troopers have seen an increase in commercial burglaries in the Wilmington area. On May 8, 2020, at 5:28 a.m., Troopers were dispatched to a commercial burglary at the BP Gas Station, located at 2701 Concord Pike, Wilmington. A witness to the crime was able to provide a suspect description and direction of travel the suspect was seen fleeing in. A Trooper responding to the scene observed a subject walking southbound on Concord Pike matching the suspect description. A pedestrian stop was conducted on the subject who was identified as 32-year-old Samuel L. Wilson of Wilmington. Located in Wilson’s possession were items confirmed to just be stolen from the BP Gas Station during the burglary, and through video surveillance, Wilson was identified to be the suspect.

Wilson was taken into custody without incident and transported to Troop 2. Through investigative means, Wilson was confirmed to be the suspect who committed the additional commercial burglaries within the Delaware State Police jurisdiction:

Wilson was charged with the following crimes:

He was arraigned by Justice of the Peace and committed to Howard R. Young Correctional Institution on a $47,000.00 secured bond.