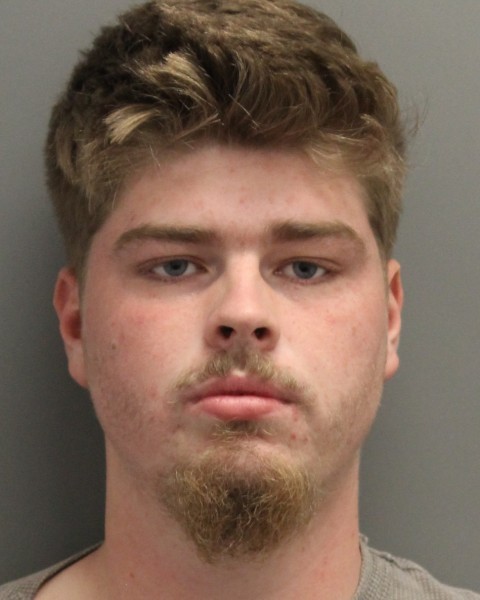 The incident occurred on April 17, 2020 at approximately 2:47 a.m., when Troopers were dispatched to the Canterbury Shore Stop/Valero located at 8953 S. Dupont Hwy Felton, for a report of a shooting incident.  It was learned that the victims had responded back to their residence on Morgans Choice Road Camden-Wyoming.  Troopers made contact with the two victims at this residence, a 17-year-old female and her mother’s 26-year-old male boyfriend.   The victims advised that while they were at the Shore Stop, they were approached by an acquaintance of the female victim, Trey Bowden.  A verbal argument ensued when Bowden displayed a firearm and threatened the male victim.  The victims left the area in their vehicle, when Bowden proceeded to follow them and fire two rounds into the driver’s side of the victim’s vehicle.  The victims did not sustain injury and Bowden fled after firing the rounds.

A Trooper later observed Bowden entering a vehicle on Barker’s Landing Road, and a traffic stop was initiated.  Bowden initially failed to comply with commands to exit the vehicle and was subsequently taken into custody.  A search warrant was obtained for the vehicle and an unloaded 9mm handgun with three unloaded 9mm magazines was located.

Bowden was transported back to Troop 3 where he was charged with the following:

Bowden was arraigned before the Justice of the Peace Court and committed to the Sussex Correctional Institution on $188000.00 cash only bond.