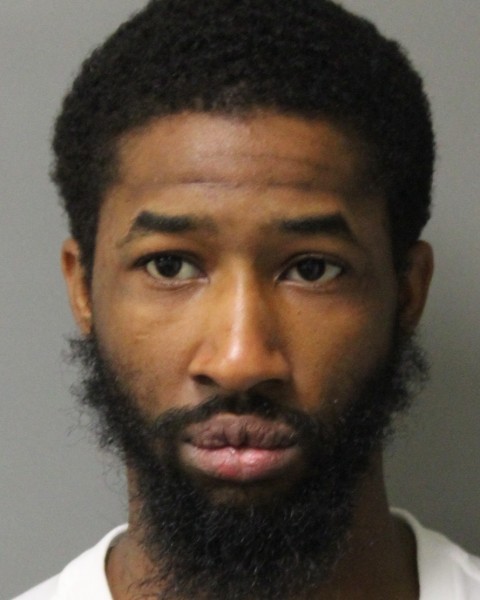 Georgetown- The Delaware State Police have arrested 24-year-old Eduardo A. Griffith 3rd on multiple drug and traffic related charges after he led them in pursuit.

The incident occurred on February 12, 2020 at approximately 4:02 p.m., when members of the Sussex Governor’s Task Force (GTF) were on patrol in the Coverdale area and observed a 2010 red Dodge Ram, traveling on Millpark Drive.  The driver, identified as Eduardo Griffith, was known to the GTF members to have several active warrants out for his arrest.  Griffith was observed turning into a driveway off of Hastings Farm Road and when Griffith observed the members of the GTF approaching his vehicle, he began to accelerated and intentionally rammed DSP vehicles to evade arrest. Griffith was able to maneuver around the vehicles while damaging a yard and mailbox. Griffith continued onto Hastings Farm Road and eventually turned westbound onto Old Furnace Road, when sight of him was lost.  As members of the GTF approached the intersection of Old Furnace Road and Middleford Road, Griffith’s vehicle was observed with heavy damage.  It was also discovered that Griffith had struck a 2008 Ford Focus in the intersection. Griffith was then observed climbing out of his vehicle and fleeing on foot.

Griffith was subsequently taken into custody a short distance away in a wooded area without further incident.  Griffith was transported to the Nanticoke Memorial Hospital with minor injuries.

The driver of the Focus, a 34-year-old female from Seaford was also transported to the Nanticoke Memorial Hospital where she was treated and released with minor injuries.

During the investigation, a strong odor of marijuana from Griffith’s vehicle was detected.  A search warrant was obtained for the vehicle and upon execution the following was located:

Upon Griffith’s release from the hospital, he was transported back to Troop 4 where he was charged with the following:

Griffith was arraigned before the Justice of the Peace Court and committed to the Sussex Correctional Institution on $10003.00 secured bond.