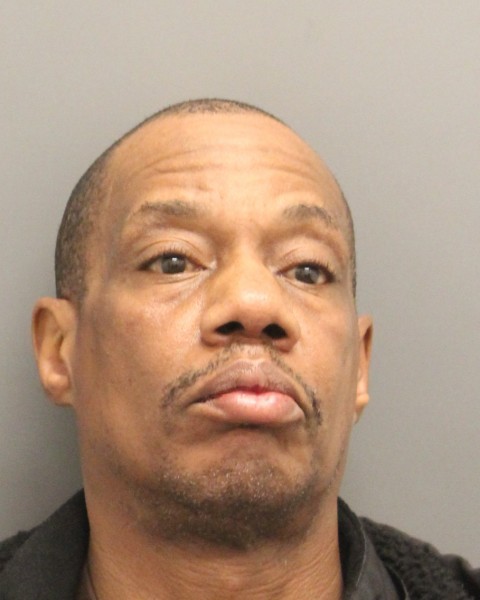 Dover–  The Delaware State Police have arrested 56-year-old Samuel L. Curtis of Dover, after a traffic stop led to the discovery that he just burglarized a bakery.

The incident occurred on January 24, 2020 just after midnight when a Trooper observed a subject riding a bicycle on South Dupont Highway in the area of North Taylor Drive on the wrong side of the roadway.  The bicyclist was observed wearing all dark clothing, carrying a dark colored backpack and a large metal box.  The bicycle was not equipped with any type of lighting or reflectors, making it difficult to be seen.  A traffic stop was initiated, when the bicyclist, Samuel L. Curtis, refused to stop and continued to flee on his bicycle.  Curtis subsequently fell off his bike on Nathaniel Mitchell Road and after a brief struggle was taken into custody.

Within the same timeframe, Troopers were dispatched to the Bavarian Bakery located at 1819 South Dupont Highway, Dover, for an alarm activation.  Upon arrival, Troopers observed that there was forced entry through the front window of the business and several cash registers were damaged.

Through further investigations it was determined that the metal box that Curtis was in possession of had been stolen from the bakery.  Also found in Curtis’ backpack were tools utilized to aid him in the burglary.

Curtis was transported back to Troop 3 where he was charged with the following:

Curtis was arraigned before the Justice of the Peace Court and released on $15150.00 unsecured bond.