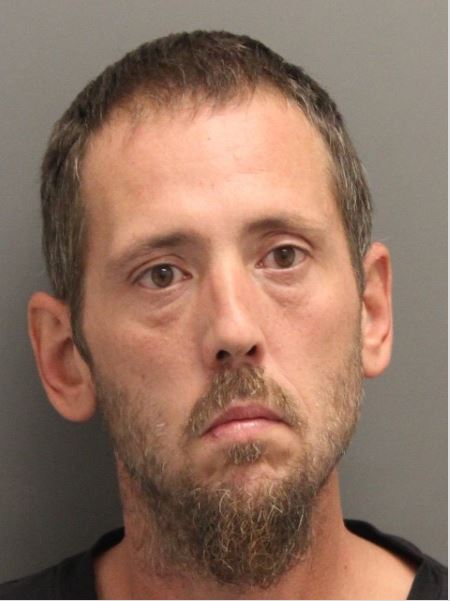 Magnolia – The Delaware State Police have arrested 37 year old William J. Edwards of Dover in connection with the robbery of a Dover area liquor store as well as a Camden-Wyoming residential burglary.

On Tuesday November 26, 2019 at approximately 7:00 p.m., a robbery occurred at the Route 8 Liquor store located at 4128 Forrest Ave, Dover, in which the store clerk was assaulted by a masked suspect who was in possession of a knife. After being assaulted the clerk was ordered to turn over the contents of the cash register to the suspect who then fled.

During the course of this robbery investigation detectives were able to develop a silver Honda Odyssey mini-van as a suspect vehicle. Through further investigation detectives were able to positively link this vehicle to Edwards, who was also being looked at as a suspect in a burglary that occurred on November 5, 2019, at a residence located in the 400 block of Jebb Rd., Camden-Wyoming, in which multiple firearms were stolen.

Information regarding Edwards and the mini-van was disseminated to patrol Troopers and on Saturday, November 30, 2019 a Trooper on routine patrol, observed the mini-van traveling on Juanita Rd. in Magnolia. A traffic stop was conducted and Edwards was positively identified as the driver, at which time he was taken in to custody without incident.

Edwards and the mini-van were transported to Troop 3 where a subsequent search of the vehicle produced evidence further linking him to the robbery. Information was also obtained confirming Edwards involvement in the Jebb Rd. burglary.

Edwards was arraigned in Justice of the Peace Court #7 on the below charges and then committed to the Sussex Correctional Institution on $77,600.00 cash bail.

Click on the following link to view a related release: